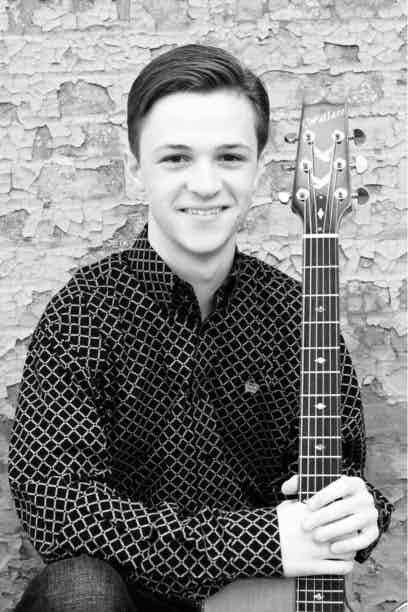 The Kentucky Artisan Center adds to the holiday season on Saturday, Dec. 21, with a performance by guitarist Parker Hastings, of Richmond. Hastings will perform a variety of songs in his distinctive fingerpicking style from 11 a.m. to 2 p.m. at the Center.

Parker Hastings is grateful for the deep heritage of country, folk and bluegrass music in Central Kentucky. He began playing guitar at age six and at age eight, went to a concert by guitarist Tommy Emmanuel after which Hastings declares his life changed forever. He had never heard anyone achieve those types of sounds from a guitar and he knew that was the style of music he wanted to play.

Hastings states, “I really didn’t know how exactly to get my thumb working independently from my fingers, but I eventually learned.”

Hasting’s guitar heroes include Chet Atkins and Merle Travis, and he has performed with contemporaries Tommy Emmanuel, John Knowles, Eddie Pennington and others.

Hastings has won numerous guitar contests including the International Home of the Legends Thumbpicking Competition. He was the youngest person to win the ‘Grand Champion’ award in 2014, winning in both traditional and contemporary categories.

In 2018, Hastings moved to Nashville, TN, to attend Belmont University where he is studying Music Business while learning a lot about the music industry as well as the music scene in Nashville.

The Kentucky Artisan Center at Berea is located at 200 Artisan Way, just off Interstate 75 at Berea Exit 77. The center’s exhibits, shopping and travel information areas are open daily from 9 a.m. to 6 p.m., and the cafe is open from 9 a.m. to 4 p.m. Admission is free.