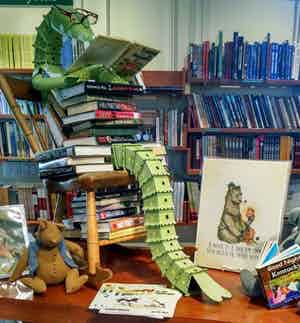 This book discussion is part of the Center’s literary arts programming and a kick-off event for the Center’s new book club. It is offered as part of the Kentucky Humanities Council’s new project, Kentucky Reads: All the King’s Men, using Robert Penn Warren’s Pulitzer Prize-winning novel to guide a statewide conversation on contemporary populism and political discourse, and their relationship to journalism.

Author and poet Richard Taylor is professor of English and Kenan Visiting Writer at Transylvania University in Lexington, Kentucky. He has written nine collections of poetry, two novels, and several books relating to Kentucky history. A former poet laureate of Kentucky (1999-2001), he owns Poor Richard’s Books in downtown Frankfort, KY.

Taylor believes strongly that “the health of a free society depends upon an educated populace, one that is open to free inquiry and creative exploration.”

For those interested in participating in this new book club and book discussion, copies of “All the King’s Men” are available on a ‘first-come/first-serve’ basis in the lobby of the Kentucky Artisan Center.

The Kentucky Artisan Center displays and sells the works of 800 Kentucky artists and carries over 800 books. Located just off I-75 at Berea Exit 77, the center’s exhibits, shopping and travel information areas are open daily from 9 a.m. to 6 p.m., and the Artisan Cafe & Grill is open from 9 a.m. to 4 p.m. Admission is free.